It’s time to talk about one of HBO’s most popular shows about rich people. No, no, not Succession. We’re talking about The White Lotus. Season 2 of the messy, sex-filled satire about a lot of rich white people on vacation is airing right now. And besides the overwhelming amount of male nudity this season (especially in close proximity to Aubrey Plaza’s character), there’s another aspect of the show worth talking about: its location.

You can’t have a show about rich people without showing off the abundance and luxury they’re able to afford. Season 1 filmed at the Four Seasons Resort Maui at Wailea in Hawaii. According to Good Housekeeping, that hotel’s pricing ranges from $1,940 a night to $25,000. That price tag comes from the incredible amenities, including a golf course not too far from the hotel, three pools, three restaurants, and, of course, high-end stores right there on site in case you wanted to spend even more money while you enjoy a pricey vacation.

For Season 2, the show decided to depart from its original location in Maui and instead head to Europe. And much like the first season’s location, there are ample amenities, a gorgeous view, and it serves as the perfect backdrop for a prestige dramedy. And in case you really wanted to stay there yourself, you’re in luck: the price is a little cheaper. Here’s what we know about where The White Lotus Season 2 filmed.

Where Is The White Lotus Season 2 filmed?

Season 2 of The White Lotus was filmed at another Four Seasons hotel called the San Domenico Palace, Taormina in Italy, according to the New York Post. 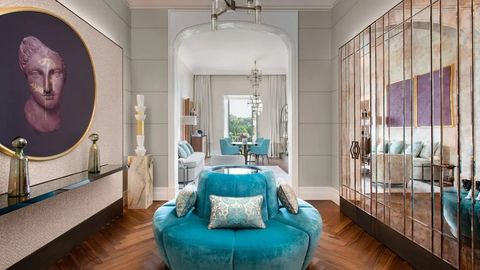 In addition to fancy rooms, the hotel also has an award-winning restaurant and an infinity pool. 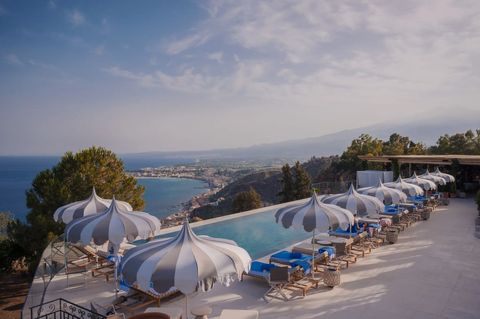 So save your coins if you want to live in luxury for a night, but hopefully without the HBO-level drama.

Milan Polk is an Editorial Assistant for Men’s Health who specializes in entertainment and lifestyle reporting, and has worked for New York Magazine’s Vulture and Chicago Tribune.