Our product picks are editor-tested, expert-approved. We may earn a commission through links on our site.

Although Black Panther: Wakanda Forever focused primarily on Shuri (Letitia Wright), Nakia (Lupita Nyong’o) and other Wakandans dealing with the loss of their king, the film managed to bring in a brand new character to the MCU, and one that we’re pretty excited for.

Since losing Iron Man in Avengers: Endgame, there’s been a void in the Marvel Cinematic Universe for a genius inventor who can whip up armor and new technology for superheroes to stay abreast of any new threats (and in the Marvel Universe, there’s always a new threat). Enter: Riri Williams, known in Black Panther: Wakanda Forever as “The Scientist,” but also known by the superhero name of Ironheart. 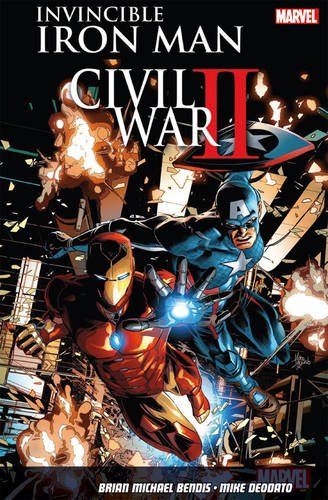 In the Marvel Comics, Riri first appeared in 2016’s Invincible Iron Man as a 15-year-old engineering student (she gets a scholarship to MIT due to her incredible intelligence). Separate from Tony Stark, Riri manages to create her own superpowered suit, similar in power and appearance to Iron Man. She doesn’t actually meet Stark until she damages her suit in her first act of vigilante justice, which gets her into the public eye. From there, Riri begins her superhero journey and takes on the name Ironheart.

The MCU decided to age Riri up—she’s a 19-year-old MIT student when we meet her in Wakanda Forever—and give her a thriving business where she helps other students complete projects in exchange for (assumingly lofty) payments on Venmo. Even before the debut of her own television show on Disney+, she’s helped Wakanda improve their own armor and improved her own mecha suit to incredible speeds and strength. And that all comes before even calling herself an actual superhero. We also learned some important chunks about her character—her dad shared his love of building things and cars with her, and she puts a lot of work into refurbishing his muscle car to keep his memory alive.

If that’s what she’s capable of in one feature film, imagine what she could accomplish in a full television series.

When is Ironheart Season 1 coming out?

We don’t have an exact release date yet, or even a trailer, but we know Ironheart is slated for a Fall 2023 release, based on a graphic that Marvel Studios displayed during the panel at San Diego Comic Con 2023.

What will Ironheart Season 1 be about?

No official information has been released just yet about the plot of the Disney+ Ironheart series, but given what we saw in Wakanda Forever and where that story left off, it’s fair to assume that Ironheart could be the first MCU project to largely take place on a college campus. Yes, Hawkeye opened there, and yes, Peter Parker could be heading there, but we haven’t seen either of those things sustained in a college setting for a significant period of time.

Now that Riri has the experience of both having a superpowered nation come after her and teaming up with a superhero (in Shuri’s Black Panther), we’ll guess things might be a little different for her. She also mentioned in the film that there’s a YouTube channel devoted to sightings of her, and at the end, she wasn’t allowed to keep her suit. So maybe Ironheart could once again serve as an origin story of sorts, while Riri finds her place in this ever-expansive superhero world.

We also should consider the other upcoming projects. Ironheart will drop a few months after Secret Invasion—which means we may or may not know who’s a Skrull and who isn’t. There’s also the upcoming Armor Wars (which was recently converted into a feature film instead of a 6-episode series), meant to focus on what happens when Stark Tech gets into the wrong hands; that sound like something that Ironheart could tie in with very naturally.

How many episodes are in Ironheart Season 1?

According to The Hollywood Reporter, Ironheart will consist of six episodes.

Who will be in the Ironheart Season 1 cast?

Dominique Thorne stars as Riri Williams alongside Anthony Ramos, who will pay villain The Hood. Other stars include Lyric Ross, Alden Ehrenreich, and others. Plus, according to The Hollywood Reporter, Ryan Coogler will helm the project as an executive producer, meaning fans of Black Panther can likely expect a similar tone in Ironheart.

Milan Polk is an Editorial Assistant for Men’s Health who specializes in entertainment and lifestyle reporting, and has worked for New York Magazine’s Vulture and Chicago Tribune.