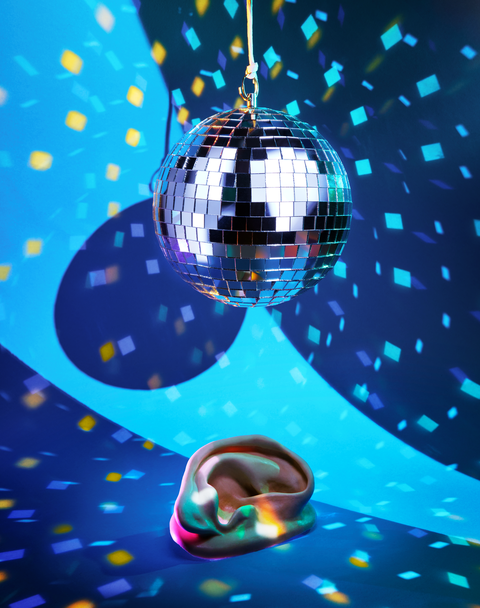 I thought I was done with music appreciation after freshman year of college. I was wrong. In 2018, I suffered a catastrophic injury that left the hearing in my left ear damaged and the hearing in my right ear nonexistent. I had never planned on being a partially deaf person, although I should have. The National Institutes of Health says that more than 37 million Americans aged 18 and over report some trouble hearing, and the Johns Hopkins Bloomberg School of Public Health says the number will rise to 76 million by 2060. Hearing loss hurts far more than your communication with others. It’s linked to loneliness and depression, and a recent report in The Lancet shows that if it happens in midlife, you’re at increased risk for dementia. Hearing loss is the quiet epidemic, and I can’t say I recommend being one of its victims. You struggle to make out what people are saying at parties. You get overwhelmed in big crowds. You feel older than your own parents.

But the worst part was losing the music.

My favorite artist of all time, Bob Mould, released a new album titled Sunshine Rock the spring after my accident: a small bright spot in the middle of a long and existentially difficult recovery. Maybe you have a different favorite artist. It doesn’t matter. What matters is that Bob’s music has been my companion throughout decades of my life. After my accident, I still wanted it to be. Needed it to be. But when I put his new album on, I couldn’t audibly process it. Because I was now deaf on one side, I had lost the binaural effect, in which you hear music in the center of your mind. I had also lost what’s known as the summation effect, in which the brain interprets a sound coming into your two ears as louder than if it heard the same sound in just one ear.

Bob Mould is a very, very loud artist. He plays so loud that he should be able to conjure the summation effect through sheer force of will. Lord knows he’s attempted it over the years. “I was trying to be a force of nature and create some kind of sonic calamity for people,” he told me of his early career. “I was just ridiculously loud onstage.”

Thanks to those sonic calamities, and to playing in dangerous proximity to both the cymbals and the monitors onstage, Bob gave himself a lifetime supply of tinnitus. For him, it was the price of doing business, one he didn’t really mind paying.

“As soon as it presented and it became this shadow that I work with, I just looked at it as occupational hazard. I didn’t beat myself up. I didn’t freak out. It’s just like, Well, what did you think was going to happen?”

So Bob’s guitar should have had no problem reaching the center of my skull. But this is what hearing loss does to you. It takes away music—and the greater world—as you once heard it. What I got instead was a wash of ambient noise that I couldn’t fully inhibit. I could hear the songs, just not enough of them. And you need all of the song for it to take root in your mind, your memory, your life story.

It’s incredibly corny to say there is nothing like music. That’s real Cameron Crowe shit. But it’s true on both a physiological and a psychological level. You probably don’t need me to tell you that listening to music has tangible health benefits. It can help improve blood
flow, reduce stress, and release all the good hormones. This is why parents play music for their newborns and often sing to them. Music is educational, soothing, and, above all else, fun. You need music. We all do. It’s the perfect medium for communicating the vast range of human emotion.

But it’s that vast range that’s a big problem for people like me who have substantial hearing loss. It’s not easy to listen to music, and I’m not referring strictly to Pink’s discography when I say that.

“If you think about music,” says Michael Morikawa, Au.D., an audiologist at MedStar Georgetown University Hospital, “you have your really low, low bass pitches and your extremely high pitches. And pitch is really important for your ability to identify melody and can also help segregate multiple instruments along with timbral cues. Speech is in a much smaller range.” 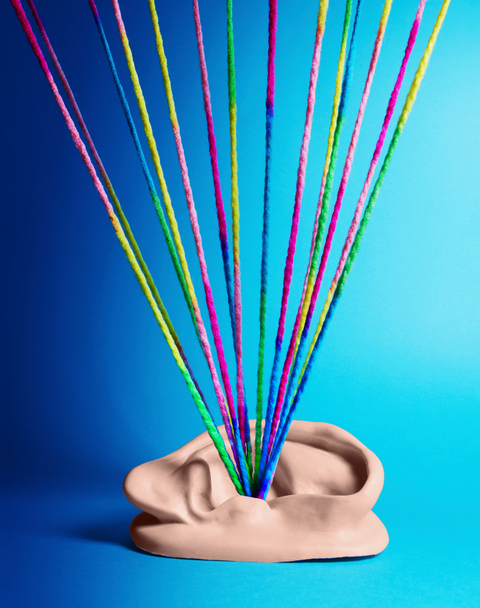 Music is perfect for sharing a vast range of human emotion.

In my case, I could hear people talking to me if we were alone, but not if we were trying to hold that same conversation while hanging out at, say, Yankee Stadium. Once other layers of noise entered the mix, untangling one sound from another became impossible. Music, on its own, has enough layers within it that it represents the ultimate stress test for your internal hearing system. If you have two working ears, you may not know just how much work they’re doing—in conjunction with your auditory pathways—to interpret multiple instruments, voices, and surrounding environmental sounds, all at the same time. And no two people, regardless of hearing ability, experience that interpretation quite the same way. Josh Wynn, a live-audio engineer, told me how the subjectivity of music presents its own challenges to everyone who hears it.

“There’s a real, constant struggle between audio engineers and musicians being like, ‘Guys, I really want more squonk out of that.’ ”

I was not getting enough squonk. That’s why many people with hearing loss stop listening to music altogether or, as in my case, listen only to music they’ve heard before. New music, like that Bob album, can’t find purchase in your head. But if I listened to a song I’d already heard 500 times over, memory would fill in the gaps. Yet even then, listening could be an emotional challenge, because I always had enough real sound making its way through that I couldn’t help but know how much I was missing. Your memory, in a cruel twist, ends up competing with your current, addled hearing, and memory usually wins out.

I didn’t wanna lose music. I had lost enough already. I wanted it back, and fortunately, I had two resources at my disposal: time and modern technology. About the former: If you’ve suffered any kind of sensory loss, your brain will learn to work around it. Josh Stohl, director of the hearing-implant company MED-EL’s North American Research Laboratory, told me, “There’s quite a bit of evidence as well that the brain rewires when it doesn’t receive inputs from both ears. The brain reorganizes and says, There’s nothing coming from this input anymore. I’m going to use that real estate for something else.” Hence, your brain adjusts to your disabled hearing and hears sound as more “normal” the longer you’re deaf. This is what happened to me. A good four months after Sunshine Rock was released, and after I got a hearing aid for my remaining good ear, I put the album back on. Whether I played it out of sheer habit or out of light desperation, I can’t remember. All I remember is that this time, the chorus to its best track, “Thirty Dozen Roses,” finally hit pay dirt in the center of my mind. I got the song. I got the squonk. It took up residence in the ol’ memory bank and has remained there ever since. Quality hormone flow ensued.

Then there’s the technology part. Along with the hearing aid that spring, I got a cochlear implant (disclosure: It was made by MED-EL, and no, they didn’t pay me to write this story) for the deaf ear that fall. A cochlear implant includes an external processor that sticks to your head and relays sound through a surgically implanted series of electrodes directly into your cochlea. It reanimates dead ears, to put it bluntly. I had my implant activated, and soon both the binaural effect and the summation effect were back in full, rocking me along. I stumbled on guitars, particularly live, but both Wynn and Morikawa showed me how the levels of the implant were typically programmed: with human speech—which occupies a much smaller range of frequencies—in mind. I could change those settings, and have done so. Squonk squonk.

I lost music for a significant amount of time, and now I know exactly how much time, sweat, love, and hardware you need to get it back. Again, I could get corny and tell you that music can never die. But that’s not quite accurate. The truth is that the music changes. It evolves, and you with it. When you and the music fall out of harmony, be it through hearing loss or other means, you two will find your way back to one another. Because music, ultimately, wants to be heard. And will. So listen closely.

Your Guide to the OTC Revolution

FDA-regulated hearing aids could be available over the counter as early as this month. Meaghan P. Reed, Au.D., the director of clinical audiology at Mass Eye and Ear, a Harvard teaching hospital, shares what you need to know. —Amy Marturana Winderl

Not All Hearables Are Worth It

OTC “hearables” exist now, but they’re not actually hearing aids. These personal sound-amplification products, or PSAPs, are regulated as consumer electronics, so there’s no penalty for underperforming. For a better experience, you may be able to match some of their features to your need, like directional microphones for face-to-face conversations or Bluetooth for TVs and cell phones.

The Tech Is Generally Sound

This new wave of hearing aids could include low-profile ITE (in the ear) and ITC (in the canal) models that use air conduction to channel amplified sound into the ear canal. They’re for anyone over age 18 with mild to moderate hearing loss—as in, you hear loud sounds but not soft or struggle to hear speech when it’s at a distance or in noisy environments.

People with hearing loss may be overlooking related medical issues, like a buildup of wax or middle-ear fluid, which if left untreated could worsen your condition. If your hearing aid isn’t properly fitted, you won’t experience the full benefit, either. Reed recommends taking the Consumer Ear Disease Risk Assessment prior to pursuing any hearing device.

A version of this article originally appeared in the November 2022 issue of Men’s Health.

Drew Magary is a columnist for Defector and SFGate. His new memoir, The Night the Lights Went Out: A Memoir of Life After Brain Damage, is available now.